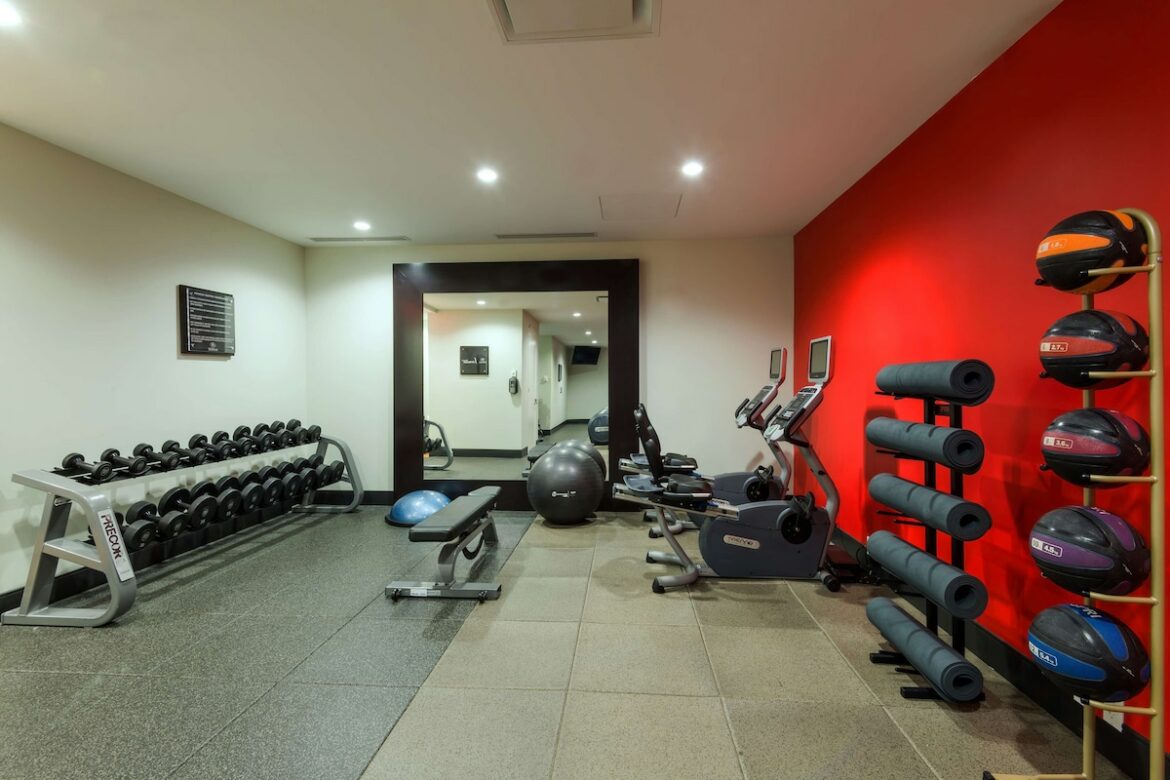 Find us next door to Carnegie Hall, blocks from 5th Avenue, Central Park, and dozens of restaurants. Broadway, Times Square, Lincoln Center, and Columbus Circle are within one mile. Our hotel has a fitness center, concierge services to tailor your NYC experience, and suites with floor-to-ceiling windows. We're 17 miles from JFK Airport.

Situated in a tiered skyscraper with a glass facade, the West 57th Street by Hilton Club hotel is a modern, cosmopolitan property that's geared toward the Hilton’s “Exclusive Shared Ownership” timeshare program and Hilton Honors club members. Because of this and the hotel’s tourist-friendly location, the property is popular with leisure travelers. The hotel features well-maintained, modern decor that’s simple but tasteful. In the streamlined lobby, white tiled floors provide contrast for wood laminate walls and reception desks, and bright yellow accents. A siting area offers high-backed velvety armchairs and armless couches. These decor elements are seen throughout the hotel, uniting the common areas with a relaxed, modern atmosphere.

Situated in midtown Manhattan just two blocks from Central Park, this Hilton Club hotel is ideally located for easy travel to almost anywhere in Manhattan, plus there’s plenty of sights in walking distance. In addition to restaurants and shops (including those on Fifth Avenue), Carnegie Hall, The Russian Tea Room, Central Park, and the MoMA are all within a two- to six-minute walk from the hotel. The rest of the city is easily accessible via the subway system. The F train is very close, and the N, Q, R and B, D, E trains are also a short walk from the hotel. While the area is busy, it’s a convenient spot for sightseers who want to be in the heart of the action. For those traveling by car, valet parking is available but costs an extra daily fee.

Rooms at this Hilton Club include standard rooms (called “Studios”) and One-Bedroom Suites. Each room has floor-to-ceiling windows and features wood laminate floors, cream, beige, or yellow colored walls, fresh white bedding, and pretty purple accents. Rooms are tasteful, modern, and well-maintained. While Studios are small, they're well-sized for Manhattan, and each features a small sitting area for one, a work desk, and a wardrobe. All rooms include flat-screen TVs, Keurig coffeemakers, free Wi-Fi, laptop safes, and mini-fridges. Bathrooms have fresh white walls, beige tiled floors, and gray and white marble accents and include shower stalls, small vanities, hairdryers, and Peter Thomas Roth individual toiletries. Guests in suites get added benefits such as separate living areas, sofa beds, and roll-top bathtubs. All rooms are air-conditioned and nonsmoking and feature blackout curtains over the windows. Lower floors can get some street noise, while higher floors are quieter and have better views. Note that the hotel does not provide daily housekeeping.

Fitness area, free breakfast, delivery from nearby restaurants, and Owner's Lounge with an outdoor terrace

For a hotel of this caliber, the amenities are fairly limited. The reception area is small and streamlined with little in the way of seating, and the only other spot to gather in the hotel is the Owner’s Lounge, where a free continental breakfast is served; this space has an outdoor terrace with modern seating. The hotel’s free breakfast includes a nice but standard spread with cereal, yogurt, and breads, as well as fresh fruit and coffee. While there are no on-site restaurants or bars, the hotel offers room service from the nearby Redeye Grill and Brooklyn Diner. A stylish (though windowless) fitness center features large murals of the city and has cardio machines with individual TVs, weight machines, free weights, medicine balls, and yoga mats. A small business center offers three PCs and a printing and fax machine for guest use. Wi-Fi is free throughout the hotel. A concierge is available during limited hours, and the hotel offers fax, laundry, and valet service. There is no daily housekeeping.